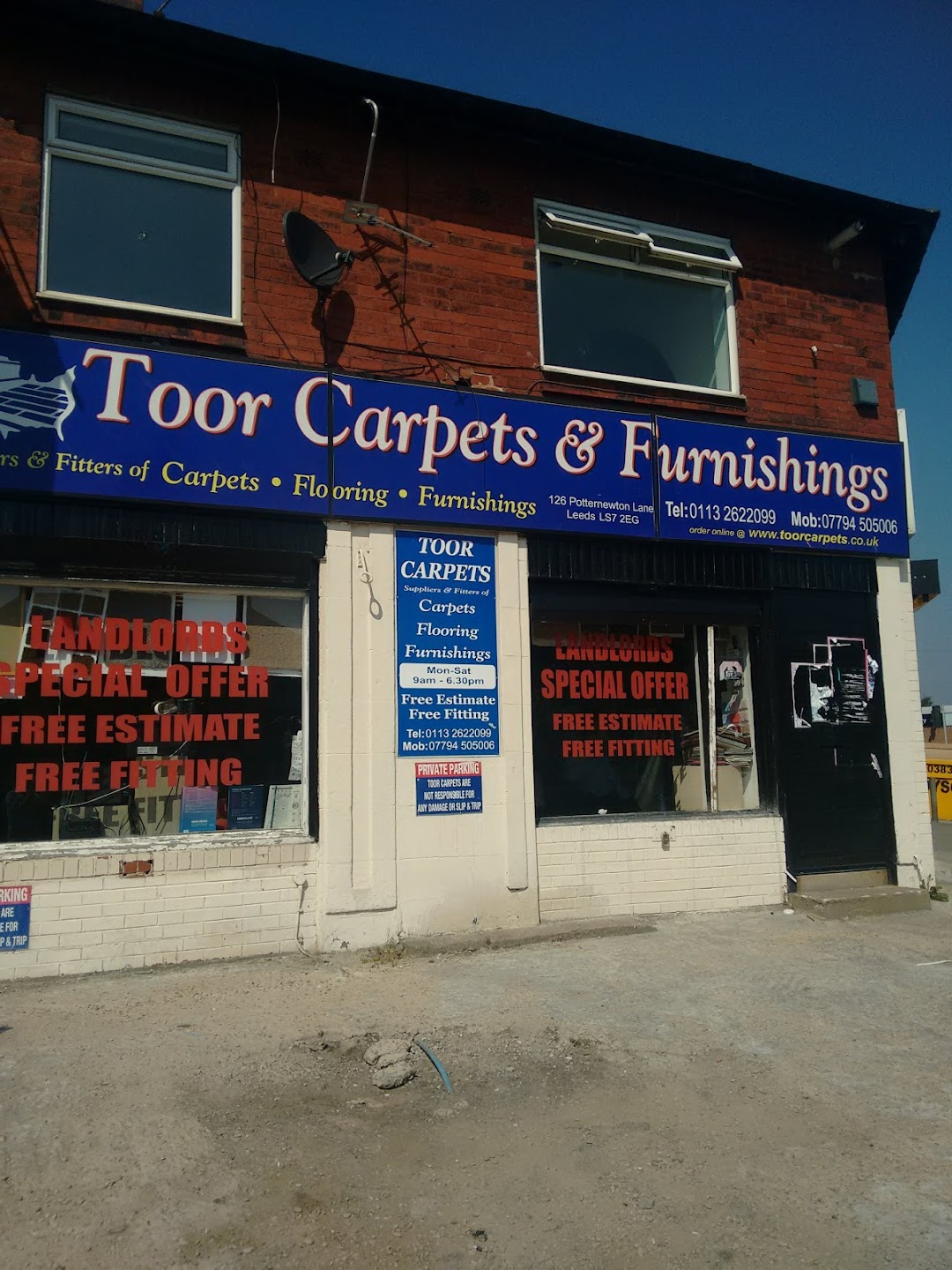 We needed to replace carpets with vinyl so that mobility aids and equipment can be used and move with easy on the surface. Toor Carpets did this job at a very short notice. Very accommodating, very polite, very understanding, delivered a quality installation - I am fully satisfied with everyone at Toor Carpets. Thank you so much for your HELP!

They are very cheaper then others.they fit the carpet, Laminate and blinds for me.The workers and the Owener Speak very politely with customer so I recommend Toor Carpets

Excellent job done at short notice, very quickly and efficiently, quality work, nice guys, did the job needed with no complaints and at a good price. Highly recommended.

We went to Toor Carpets to have a look at what carpets and lino they had in stock as we was moving home into a house with nothing on the floors. The staff was very polite and helpful and showed us the different ranges and prices of each carpet and lino we was interested in.They arranged to come to the new property on the morning we moved in to measure up on our stairs, landing, 3 bedrooms and bathroom. They did this very promptly and on time.The 2 gentlemen then returned 4 days later at the time that we agreed for the fitting.They did a superb job at the fitting. Every room was spot on and all for a great price. No room for any fault at all. No lumps or bubbles or cut too short. When the job was completed promptly they asked if everything was okay, which it was.We are more than happy with the job they did.I would highly recommend this firm as they are all very friendly, great at what they do and all at great prices...I will be recommending to friends and family and we will definatly be using them again when needed.YOU WILL BE MAD NOT TO USE THIS COMPANY :-)

Just moved to the area, so just tried my luck given the quote given was very good! Unfortunately it was indeed too good to be true. The job was fitting some laminate in a small room. They turned up for the job one hour late. When they finally started, I was told that they had to be somewhere else in a couple of hours, but they tried to reassure me they werent going to rush the job. Result: a broken skirting board, wonky beading around the bay window and generally poorly fitted. They did send a joiner, who charged me separately to fix the skirting board, but the job still doesnt look professional. Avoid.

After reading the reviews I was hesitating buying the carpet from this firm but their price was less than the market and I want this carpet for the house I am renting.I decided to take a risk.After Ordering the carpet one of their engineer come to take the measurements of the rooms. Before he left he confirmed all the details. Next day they fit the carpets in all the rooms and to be honest they did a very good job. There was no bubbles in the carpet , all the corners and edges done nicely. . I will recommend this firm.

This company brought the carpet too small and blamed it on our measurements not theirs. We had thrown them away after ordering the carpet so did doubt ourselves at first. They said they could come back another day or can discreetly add a part in and promised you wouldnt be able to see it. I was reluctant but had waited a week for it already and didnt want to wait any longer. They proceeded and the completed job was appalling, You can see the bodge up straight away. Cant believe I paid them I was so annoyed with myself afterwards. Strongly advise to stay clear of this company.

The boss is a gentleman. Very happy

I had the misfortune of asking this firm to fit a carpet in my home, they ripped the carpet in places, left bubbles in places and have stapled bits of it to the floor. When asked to return to rectify these issues, there has ben no reply and the customer service is something left to be desired. The matter has now been taken to trading standards and making it;s way to the small claims court. DO NOT USE THEM.